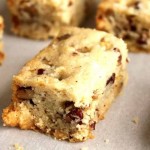 If you’ve ever read a recipe and thought, “I can do this!” then this article is for you. After decades in the kitchen, and a degree in Linguistics, it’s time I share the translations of common terms used in cookbooks.

You’ll Love the Simplicity of This Recipe = Our publishers made us say this. This recipe is a flaming pain in the tukhus. The original manuscript said, “You’ll only love the simplicity of this recipe if you take a swig of vodka or rum every couple minutes.”

Roast Ingredient X Before You Begin = We’ve just told you a bald-faced lie about the estimated time it will take to prepare this recipe. You’re going to spend the rest of the day in the kitchen, sucker.

Chop/Dice/Slice the… = Yeah. We’re still lying to you about that time estimate. Unless you’re a Ninja of the Ginsu Knife Collection you should cancel any plans you had tonight.

(Optional) = It’s totally not optional. Whatever you’re making is going to taste like gremlin poo without this ingredient. But hey, we know you feel better if you think you’re eating healthy. Just… umm… If you leave the ingredient out, you probably shouldn’t feed it to anyone after midnight.

Cream the Butter and Sugar = We know you didn’t for the butter to reach room temperature. You’re probably going to microwave it, and then it’ll be runny instead of fluffy. Best you can hope for is a slimy gremlin sugar-butter.

Gradually Add the Flour = Ha! Right. You’ve got a mixer in one hand and a spatula in the other. You’re totally going to dump all the flour right in. Which means there’s no chance it’s going to mix evenly. If you’ve taken our advice and been swigging rum and vodka while de-gremlin-ing the kitchen, you’d better rehearse the line, “We really love food with a lot of texture, don’t you?”

Score the Top of the… = You don’t own a knife capable of cutting this thing once it’s baked. We don’t know what you thought you were making, but it’s going to be a brick. A plank. A slab. Better make an appointment with that gremlin who dressed as a dentist.

There you go. Your cookbook decoded. Now, if you’ll excuse me, I think I hear gremlins playing catch with the timer.